These experiments push the envelope of existing Cups and Balls technology far beyond its normal limits. The goal for this project is more repeatability, more shock, and more practicality. We believe these goals have been realized in the Vessels and Orbs Project. What's more, you'll be privy to new and innovative strategies, subtleties and moves never before seen, including the Tweezers Palm, Al Schneider's new and devilishly deceptive small ball vanish. Many of magic's greatest minds have been taken in by this move.

Today's tendency is for magicians to walk around more and to stand at a table side when performing. Several of these routines were specifically designed to do that. The others were created for more formal, full-feature Cups and Balls performances.

LA Street Cups - The mandate here is to simply be able to pick up the cups and go. There are no loads from the body which means that this routine can be done in your birthday suit if you wish (though not recommended!) Then, you can repeat the routine immediately in tough, real-world environments...and fool them again! This is the perfect routine for strolling magicians and street performers and remains one of the most talked-about routines from the Al Schneider Magic book.

Classic Cups and Balls - This is a formal sit-down routine with a fairly traditional presentation of three cups, three balls, and three final loads. However, a lot of sophistication is thrown in. The small ball sequences are superb and the final loads are strong enough that the entire routine can be immediately performed again...and it will still kill them!

OMG - This is what people exclaim when they watch this! This one-cup routine was developed for the table hopper. Carry the cup in a bag and stand by the table to do this routine. Its two phases were designed to generate the OMG response. And there are no body or pocket steals - it's all in the hands, bag, and cup.

Crystal Connection - This experiment features a three-cup formal routine with as much flash as can be put into the finish of a Cups and Balls routine. At its conclusion, two cups are lifted to reveal they are full of crystal shards. The audience won't know what hit them!

Oriental Bowl Routine - This was developed as a very formal full-feature routine. The goal was to capture the feeling and atmosphere of Japanese tea ceremonies and contains wooden bowls, large sponge balls, silks, and much pomp and flair! This could easily be used as a full stage routine!

3X4 Bowl Routine - The goal of this experiment was to take single bowl routines not only to the next level but to the extreme. The name of the game is rapid repetition featuring just about every effect possible with sponge balls. They disappear, reappear, penetrate up and down...and they do it extremely fast. There are fourteen...yes, fourteen...separate magical occurrences in this one routine. 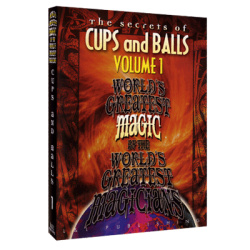 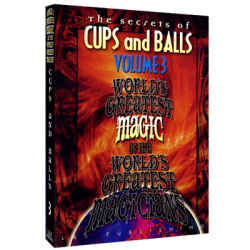 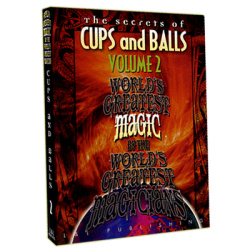 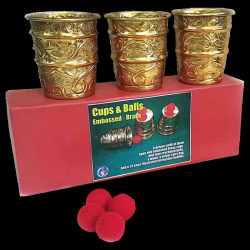 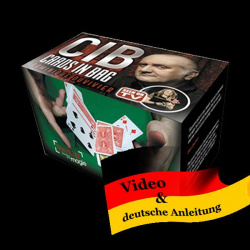 The Vault - The Sticky-Note Slide by Tyler Twombly video DOWNLOAD