Hanussen's Demise by Scott Creasey video DOWNLOAD
Erik Jan Hanussen was an Austrian Jewish hypnotist, mentalist, occultist, astrologer, and clairvoyant performer who, in his role as the man who predicted the rise and fall of Adolf Hitler, became known as the prophet of the Third Reich.

In 1930, during a court case in which Hanussen stood accused of professional misrepresentation and fraud, Erik declared that the only way to break what was proving to be a judicial log jam, was for him to recreate his psychic experiments live in the court room. The following day he presented a routine that would dramatically change the remainder of his life -- he called this routine, 'Telepathic Events.'

After witnessing the Telepathic Events experiment, the Judge absolved Erik Jan Hanussen of all charges, and the reporters who had been following the case clamored to phone a sensational headline into newspapers all over Europe. The headline read:

In this 1 hour 10-minute video, you will learn an effective, easy-to-prepare, versatile and simple method. It will enable you to recreate the telepathic events routine that catapulted Erik Jan Hanussen to stardom and ultimately led to his demise at the hands of the Nazi's.

The basic effect is this:

Blank cards are handed out to 10, 15, 20 or more audience members. They write details of an event from their past on the card. These are then sealed in wage envelopes, and the date of the event is written on the address side.

A number of these envelopes are chosen at random by different audience members. The dates are read out and, without opening the envelope itself, the performer is able to provide details of the event that took place on that day.

The system explained is very versatile and can also be used one-on-one, or as a Q & A method, or even for a fourth-dimensional telepathy routine should you wish.

No electronics, special pens, stooges, assistants, or any other hi-tech gadgets required (sorry guys) -- just a solid method, the props for which you can make yourself in minutes, and a routine you can work from your pockets.

"Scott once again puts out a well-constructed routine with one of his killer envelope ideas. An easy-to-make tricky envelope that gets you miles ahead in any routine. Plus, he gives you variations and some devious thinking for a Q & A. And he shows you how to use envelopes of various sizes and looks. Once again, Scott proves that he needs to be hired by Staples and Office Depot as a representative. He makes us all want to buy envelopes in volumes. Another winner and worker from the man!"
- Greg Arce

"Congratulations on another outstanding [effect]. Hanussen's Demise is a wonderful routine and the invisible peek envelope is truly ingenious"
- Bill O'Connell

"I have this effect and it is Brilliant! Scott has taken a mundane method and improved it in a unique way. The handling is subtle yet effective, and the possibilities range far beyond the Hanussen premise. The work is inspired by Bob Cassidy, and I am confident he would have endorsed the unique approach."
- John Streiff 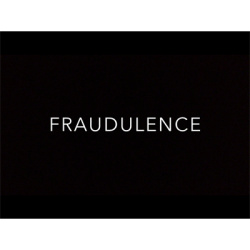 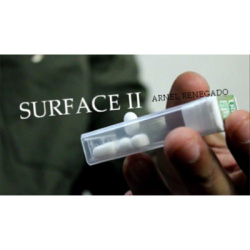