Hypnotic Mind Control Made Easy by Jonathan Royle Mixed Media DOWNLOAD
Filmed during Royle's April 2016 "Hypnotism Exposed" Seminar in Manchester (England) these two videos contain just over two hours of simple, easy to follow, direct to the point, step by step training that leaves absolutely no stone unturned and will ensure that after watching them you will be able to instantly achieve all of the following things with anybody and everybody you meet.

Yes that's right within seconds of meeting complete strangers you will be able to:

* Mentally glue their hands to a table top so they are unable to lift them up until you tap the back of their hands and tell them that it can now be lifted up once again.

* Weld their foot to the floor so that they find it impossible to lift their foot or leg up off the ground until you remove your mental influence from them.

* Make their own name vanish into thin air so that they are unable to say it or remember it until you touch them on the chin and snap them out of their apparent "trance" state.

* Stick their eyelids together so they are unable to open their own eyes until you allow them to. (2 different methods taught & explained)

* Hypno-Heat - the legendary hot foil in hand trick is demonstrated and then taught and correctly explained. This method GUARANTEES that you will be able to roll up a piece of foil into a ball and place it into someone's hand who will then as you suggest it is getting hotter end up dropping it to the floor as they confirm they experienced your "hypnotic suggestions" as reality with the foil becoming too hot to handle. (The source for the most effective and reliable chemical for the hypno-heat miracle is also divulged in this section)

* Magnetic Fingers - discover how to apparently through pure suggestion make peoples fingers draw together like magnets with them unable to resist.

* Locked Hands - as the title suggests you'll learn a truly NO FAIL way to lock peoples hands together so they are unable to separate them until you tell them they are able to.

* Animated Arm Illusion - Royle reveals how to apparently demonstrate telepathic mind control hypnosis on people so that with their eyes closed the audience witness that they only move their hand and arm up and down when you have NON VERBALLY signalled to the audience that they will do. It looks like telepathic mind control to those who are watching.

* Reality Changer - this technique whereby you can demonstrate that your Verbal suggestions can change some-ones reality in a few short minutes, and indeed you then demonstrate in a manner that nobody can deny (including the volunteer assisting) proves 100% that the persons reality has indeed changed following your suggestions. Best of all there is no dual reality and this as taught works perfectly each and every time.

* Mobile Magic - you are supplied with an animated hypnotic spiral disk for use on your phone that will enable you to apparently place people into deep hypnotic trance states within seconds of meeting them and then will also enable you to perform (if you so desire) a complete act or show of comedy hypnosis stunts, routines and demonstrations without ever having any fear of failure. This is dual reality at it's best but also used in a manner where the person who is "hypnotized" can and often truly does end up sincerely believing that they have been hypnotized.

* Hypno-Tron - for the first time on video, Royle reveals his electronic speed hypnosis device that enables you to make people feel as though they are being hypnotized and thus as they feel this, they can come to believe this means they truly are becoming hypnotized and consequently they are far more likely to become genuinely hypnotized, but even if they don't they will still say they "felt like they were being hypnotized" and this also still makes you look genuine and real indeed.

You will learn all of the above and along the way will also gain insights into how to use these "hypno-tricks" and "mind control stunts" which are practically guaranteed to work every time in such a manner that they can help you become a far more powerful and successful exponent of real hypnotism as well.

Indeed you'll also learn THE DAVE ELMAN PLOY which when you fully understand and practice it, will enable you to stick peoples hands to walls, make them unable to count their fingers correctly, make them unable to stand up from a chair, indeed with a little thought and imagination using this NO FAIL "mind control" ploy you can easily duplicate most feats that you have or ever will see a hypnotist perform.

A copy of Royle's Ebook "Hypno-Tricks" is also included teaching numerous other complete hypnotic style routines and demonstrations all of which require absolutely no genuine hypnosis whatsoever. 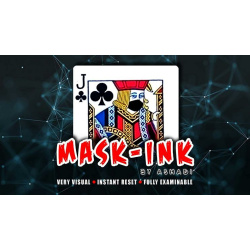 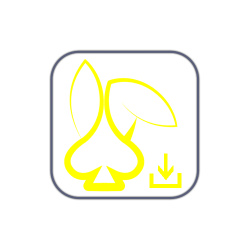