Noblezada & Royle's - (Secrets of Stage Hypnosis, Street Hypnotism & Mentalism) Mixed Media DOWNLOAD
Filmed during the first ever "Hypnotist Entertainment Cruise" as organized by the incredible hypnotist Richard Barker back in 2013, these 15 training videos which between them contain a total of just over 15 hours of highly educational training will teach you the true secrets of success in your quest to become a powerful and profitable comedy stage Svengali and/or street hypnotist.

Jonathan Royle who was the first ever headline speaker on the first ever "Hypnotist Entertainment Cruise" back in 2013 is joined by his friend and colleague Jay Noblezada the legendary magician (advisor to the likes of David Blaine) and a leading light in the modern world of street hypnotism.

All of the footage was filmed onboard the Carnival FunShip Ectasy during the live training events that Royle & Noblezada ran during the first ever "Hypnotist Entertainment Cruise" as organized by the incredible hypnotist Richard Barker who himself makes a few short guest appearances during the footage contained in this package.

Quite literally everything that is needed to transform even the complete novice into a knowledgable, confident and competent comedy stage Svengali and street hypnotist is taught during these 15 hours of PURE GOLD.

From your opening patter (pre-talk) and suggestion tests (set pieces) onto rapid & instant inductions galore, deepening techniques and how to safely awaken subjects is all covered here.

You'll learn how to structure and deliver effective suggestions and get the maximum response from your Volunteers whether on stage or in a street environment.

Noblezada & Royle also discuss and teach the effective use of props and music in your hypnotic routines, safety considerations such as dealing with ab-reactions and also how to combine your hypnotic skills with magical and mentalism techniques and routines for added impact and effect.

Indeed Royle also teaches you how to perform a complete mentalism and mind reading show along the way as well as giving you a short masterclass in the art of psychic style metal bending of spoons and forks enabling you to duplicate the feats of Uri Geller with ease, but also revealing to you how to use these metal bending techniques in a manner to actually increase your success as a hypnotist and your success in hypnotizing people rapidly.

Along the way you'll also learn how to use your new hypnotic skills to make money running group hypnotherapy seminars and events and also how to make massive Â£Â£Â£/$$$ with your hypnosis talents even whilst you are asleep at night.

The sections on how to consistently book high paying shows are worth their weight in gold to any stage hypnotist or mentalist who desires to earn the maximum amount of money possible from each and every performance that they are booked for.

Jay Noblezada's sessions on developing the perfect powerful hypnotist mind set and ultimately being able to give far better "high energy" performances will also prove invaluable to all who ever put themselves before an audience of any kind.

In short if you desire to become a master of stage hypnotism and/or street hypnosis or you already work in these areas and just want to book more shows and make more money whilst being more successful in all you do, then quite simply YOU NEED TO STUDY THE CONTENTS OF THIS PACKAGE...

Indeed even those whose only desire is to become a more successful hypnotherapist are able to make far more money than their competitors, will also learn, tons & tons of real world, tried, tested and consistently proven to work WAYS TO MAKE FAR MORE MONEY AS A HYPNOTIST.

In short there are tons of techniques, insights and secrets taught within these videos that you will not find in any other of Royles' (or Noblezada's) training products. 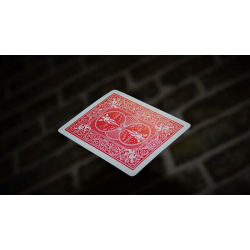 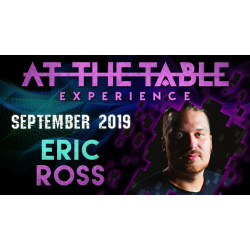