At The Table Live Lecture - Dan Hauss September 10th 2014 video DOWNLOAD
Dan Hauss is an absolute magic genius. Having been a creative force to the one and only David Blaine, Dan's creations have been loved and adored by magicians all over the world. Recently, Dan was featured on the new hit show, Wizard Wars, on the SyFy network. Join Dan as he presents to you a one-of-a-kind lecture, featuring ALL NEW material. Take a look at what the Hauss will be lecturing about:

Ring and Coin Routine: Visually make a coin and ring morph, change places, appear, and disappear. This is the kind of heavy hitting stuff that Dan is known for!

Sugar Block: Dan's take on a classic! A borrowed coin goes into an empty sugar packet. The performer then pushes a small knife or toothpick right through the center of the coin.

FLOW 2.0: Dan is going to be teaching a new way to perform his best-selling effect, FLOW. This has NEVER been taught before.

TNR Card: This is a very visual Torn and Restored Card with all of the McGuyver-Haussiness mixed in.

Strike Change: Dan is going to be talking about David Williamson's classic move, while adding his ideas and theory to the already great vanish. Dan will teach you how to VISUALLY change one coin to another in your open hand.

Redline 2.0: Yet ANOTHER classic effect created by Dan with a whole new concept. This has a kicker ending that must be seen to be believed.

Portable Hole: Dan's take on one of his favorite tricks called The Acme Portable Hole. You draw a circle on a box of cards and see it move and come to life. Dan's handling will fry you and your spectators!

Back Palming Ideas: Dan will share his ideas on back-palming in close-up situations and will discuss different effect ideas that use a back-palm.

Old Gimmick New Idea: This is a jam session dedicated to some classic gimmicks that Dan has re-vamped and is used in Dan's show. Breathing new life into old gimmicks!

Knowing Dan Hauss, there could be much, MUCH more! 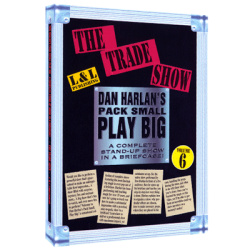 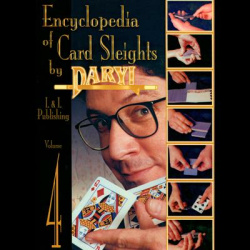 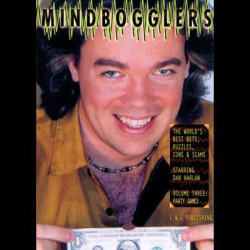