At The Table Live Lecture Gary Jones October 18th 2017 video DOWNLOAD
A professional magician for over 25 years, Gary Jones has held the "Close-Up Performer of the Year" award at the Devon Magic Circle for seven consecutive years. He has performed for an elite clientele, such as Sir Richard Branson and Sarah Ferguson, the Duchess of York. He is a world-renowned lecturer and creator of several best-selling effects and DVDs, including - iCandy, Dupes, and the Automata series.

With an endless sense of humor, Gary Jones is here to entertain and share some of his trade secrets. With expert sleight of hand and psychological misdirection, you have to see this to believe it! Here's what you'll learn:

Gary's Opener: A lesson in misdirection using a deck of cards and Gary's own methods. The perfect opener for strolling and table hopping.

Yours and Mine: A customizable version of the 8 Card Brainwave. A trick so easy to do, you will be stunned at the beautiful simplicity of it!

Pop Up Coin Routine: An anytime, anyplace routine with three borrowed coins. An easy-to-do effect, great for impromptu performances and walk around magic.

Card Under Box: A classic Signed Card to Box routine, Gary's version is not only very easy to do, it also has built-in misdirection so even a novice can do this. A great working routine with multiple phases that results in a fabulous reaction from your audience.

Coin Transpo: A clever triple Spellbound routine, perfect for strolling magic. Includes an optional surprise ending that will delight your audience. A strong effect that is almost completely impromptu and easy to carry in your pocket for everyday use.

Cheating Aces: A fantastic gambling routine involving the spectator making "free choices" with a kicker finish! Your audience will LOVE this one.

Ambitious Jazz: Never before performed on camera, Gary's fantastic packet effect is easy to do and packs one heck of a punch. An absolutely brilliant effect!

8 Card PG: Your spectator freely chooses a card out of eight possibilities and then shuffles the cards. They won't see the ending coming, and then it's too late! 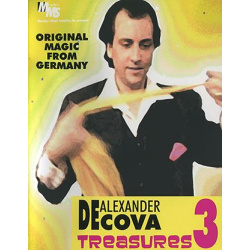 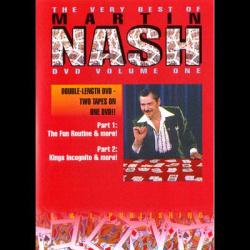 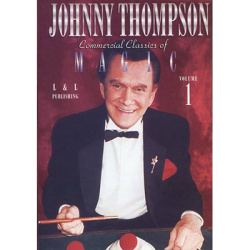 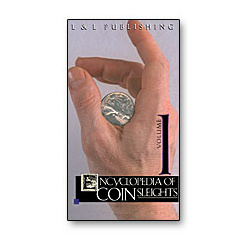