Standing Room Only : Volume 1 by Steve Draun video DOWNLOAD
Over the years, Steve Draun has gained a laudable reputation as one of the finest sleight-of-hand experts in the magic underground. By perfecting and re-perfecting his magic, magicians from around the world were invariably fooled, stunned and affected. Back in the day, Steve Draun's work was often discussed in hushed tones. However, as time went on, Draun's focus shifted from fooling the greatest minds in magic to performing for laymen. Now, his vast and varied audiences see only the best of the best of the best.

AMBITIOUS CARD - Anyone can construct an Ambitious Card routine. You just combine a number of different phases. However, constructing a routine that's magical from the instant it starts and builds upwards from there is rarely done. This is one of the best!!

$100 BILL SWITCH - A hilarious presentation which solves many problems - including the clean up!

VANISHING CIGARETTE - A lit cigarette completely and mysteriously vanishes. A super-clean handling that leaves them shaking their heads!

COLOR CHANGING KNIVES - Pocket knives repeatedly change color and then - get this! - are handed out for examination. You'll love the strong finish for this classic - and the fact that it automatically resets!

3 CARD MONTE - A powerful routine that will leave the spectators rubbing their eyes in disbelief! You'll also learn a new and unique ending.

CARDS ACROSS - A thoroughly professional routine with an original handling. You'll also pick up some valuable insights into palming, holding out and adding cards.

RING FLIGHT - The classic Flying Ring plot combined with information on how to construct your own gimmick that will rival anything currently on the market.

LINKING RINGS - Vernon's Symphony of the Rings with the Draun touch. Also discussed is a flaw that occurs when the routine is performed close up to which a very clever solution is offered that reinforces the illusion that all of the rings have been examined. 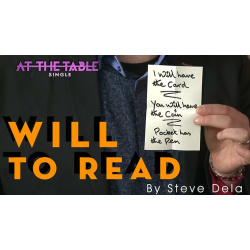 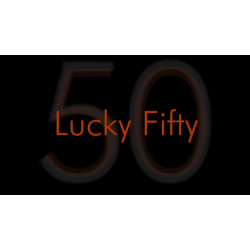 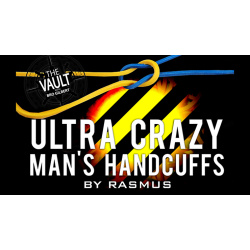 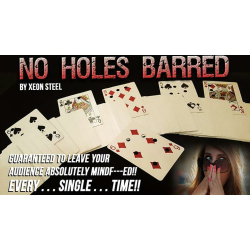