At the Table Live Lecture Michael Rubinstein March 1st 2017 video DOWNLOAD
From his Encyclopedia of Coin Sleights to his Knockout Coin Magic video series, Dr. Michael Rubinstein is a legend in the world of coin magic. As one of the creative forces behind the 16 volume New York Coin Magic Seminar DVD series, his work has been hailed as the "video Bobo" for the 21st century.

Best of all, this lecture on coins is completely UNGIMMICKED. Whether you are a coin magic novice or a seasoned pro, this lecture is jam packed with 10 of Michael's favorite effects. So, grab your Walking Liberties and join us At The Table with the legend himself, Dr. Michael Rubinstein. Here's what you'll learn:

Triple Coin to Card: A signed coin appears under your business card three times, under test conditions. Ideal for table hopping, this is the routine Rubinstein uses as an opener in informal situations. Perfect for handing out your business card!

The Mentalist: A NEW routine whereby the magician assumes the role of a mentalist, and predicts the name of a chosen card. Or DOES he? Perfect blend of coins and cards, with a splash of mentalism to spice up the trick.

The Double-Faced Coin Routine: A NEW routine where the magician explains how the use of a double-faced coin nearly led him to a life of crime.

Vegas Math: Mix Gaddabout Coins with a slot machine-type ending, and you get this delightful plot whereby the magician uses coins to explain today's modern math.

The Bent Coin Routine: A Routine where both the magician's coin AND the spectator's coin are bent!

Copper Silver Brass: Here is the UNGIMMICKED, multi-phase routine you have been waiting for!

Magnetic Coins: Two half dollars inexplicably stick together in this very clean handling. 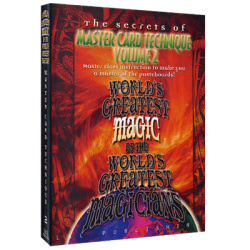 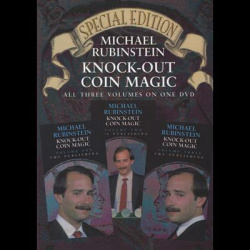 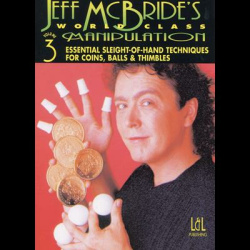